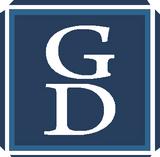 Attorney Jason E Doucette founded the firm  in 2011 after spending the first part of his legal career in Hartford practicing real estate law with some of Connecticut’s top ranked law firms, Bingham McCutchen LLP and Updike, Kelly & Spellacy, P.C.  He has a unique blend of real estate experience working on both large transactions and small transactions and has a distinguished record of involvement in state and local government.  Attorney Doucette received his J.D. from the University of Connecticut School of Law and his B.A., cum laude from Washington University in St. Louis. His practice consists of residential and commercial real estate, estate planning and probate administration, and general business and corporate representation. ​

Attorney Darren J. Gagliardi focuses on residential and commercial real estate transactions, estate planning and probate administration, and general business and corporate representation. Attorney Gagliardi began his career with the accounting firm of Ernst & Young, where he represented and served a range of national and multinational companies. Later, Attorney Gagliardi was an Associate of the Hartford office of a large Connecticut firm and then was the owner of his own practice in South Windsor focusing in residential real estate before founding the firm in 2011.  Attorney Gagliardi received his J.D. from the University of Connecticut School of Law and his B.S., cum laude from Boston College.